One traveler enhanced, touched, and changed my life by drastically and permanently reshaping my view of art.

If you want the abridged version, here is my highlight from this trip. Looking through a sketchbook.

Singapore is neat, modern, efficient, well designed, and well built. When passing through customs individuals holding passports from other countries brought stacks of papers, documentation, and supporting evidence for entry. All I held was a passport. An immigration officer asked me for supporting documentation. A senior officer interrupted by asking what country my passport is from. After responding the other officer said to automatically grant entry. I felt both sheepish and thankful. Sheepish because entry was difficult and stressful for others, and thankful because it was so easy for me.

Two wonderful people visited Singapore for dance lessons. I initially incorrectly thought they were two lovers in their own world. They were sisters open to becoming friends. We enjoyed each others company. Creating a connection and exploring together can be much more exciting than wandering on my own. 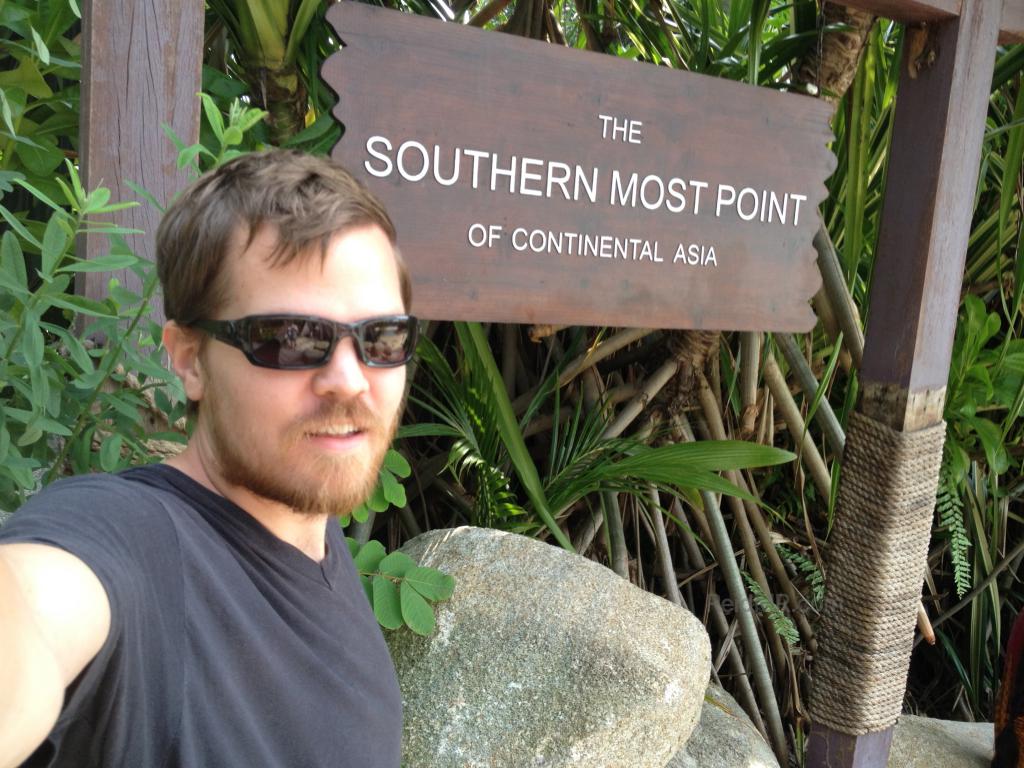 This board proclaimed we stood at the southernmost point of Asia. However, on my map it was clear it was further south behind a fence.

I followed the fence to a beach and found the actual southernmost point on the other side. It was in a private development with an exclusive looking golf course and was filled with lavish homes likely costing millions of US dollars. 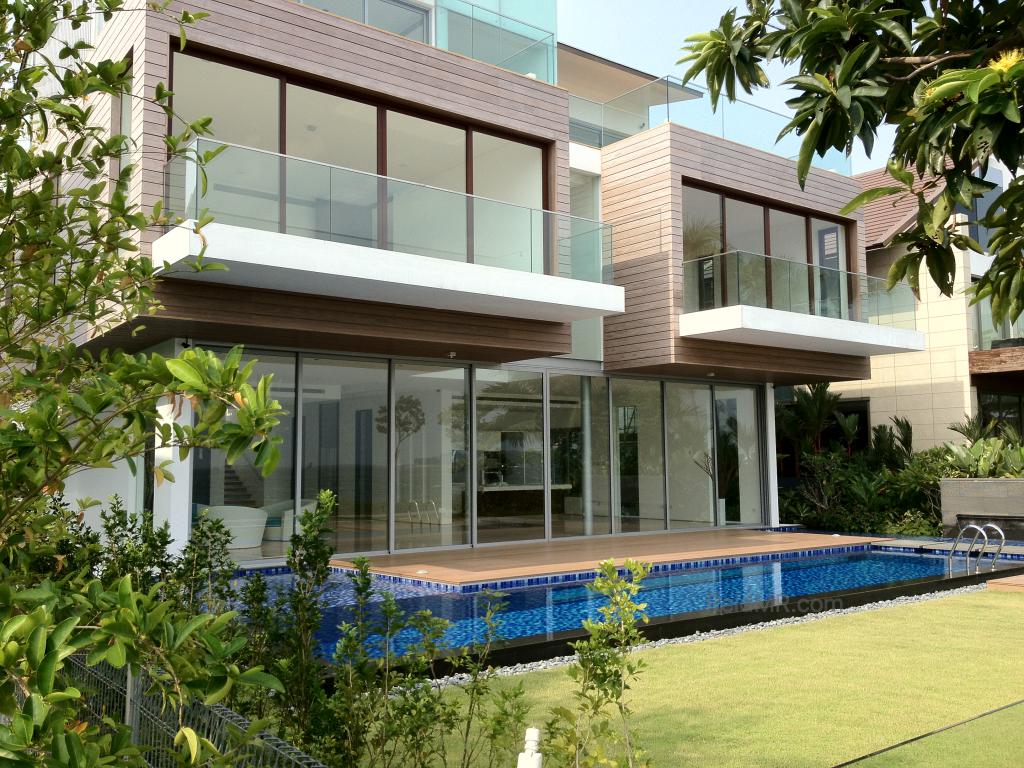 I walked around the development looking into the glass houses. I felt out of place dressed in a black t-shirt, flip flops, and shorts. It was deliberately partitioned off from commoners like me and emanated a weirdly segregated air. Gated communities feel over the top and elitist, but maybe that is because I cannot live there. It closes off the rest of the world by pushing commoners out of their lives so they don't have to deal with them. 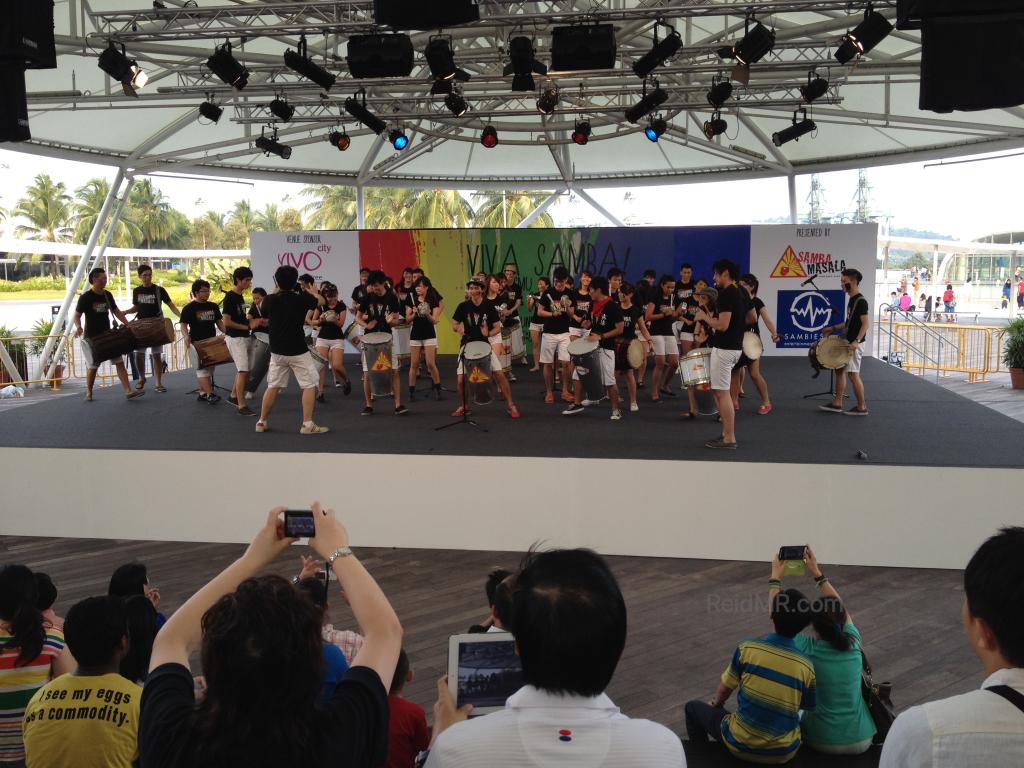 University students in a band called Samba Masala performed a fun, energetic, and free evening show on the rooftop of a local mall.

One sister cut my hair after which I shaved. She then believed I was 24 and not in my 30's. 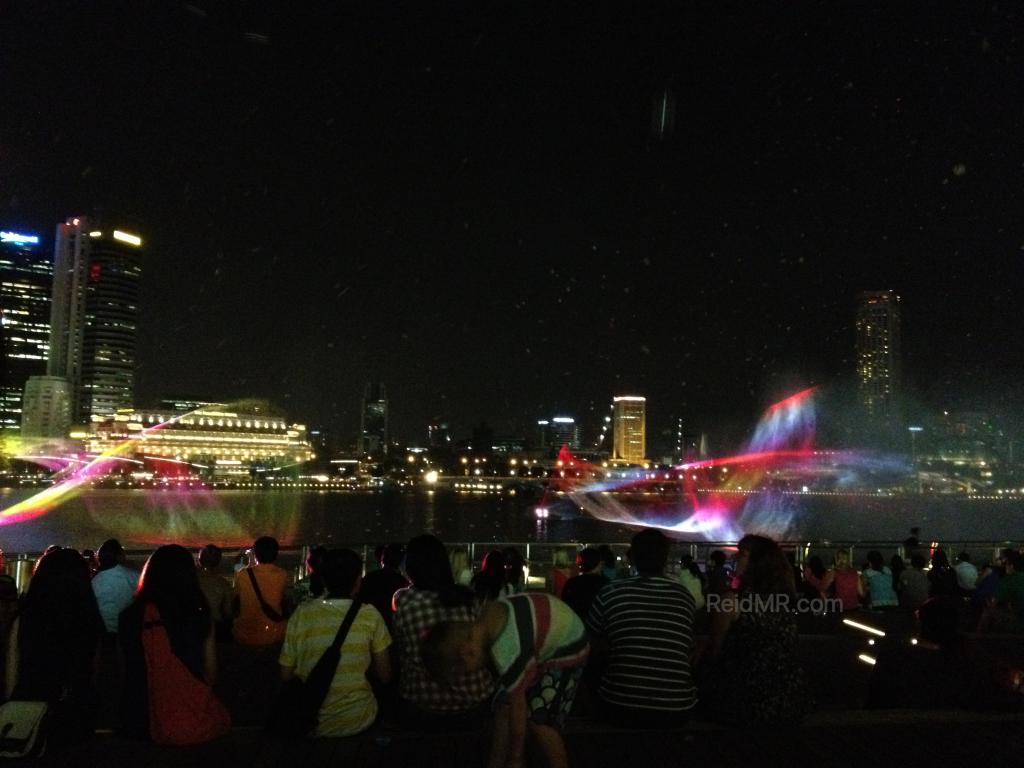 The sisters and I attended a free show that combined water, light, fire, and bubbles to weave a story. They thought it was "cheesy" and were embarrassed because it reminded them of the church their parents brought them to which used over the top images and videos similar to those here.

Highlight: Looking through a sketchbook.

One sister shared pieces of herself and her struggles. She miscarried with her abusive boyfriend and later tried to commit suicide. Visiting Singapore offered a break and chance to focus on herself. She voluntarily opened her sketchbook to me. It was fascinating. Viewing it felt like inspecting, prying, and delving into a very personal and intimate cross section of her life. I could see and feel what she felt when she drew the pictures. It felt so personal I was uncomfortable looking at it. Some sketches were full of pain; one portrayed a woman stroking a horse-wolf-rabbit with a decapitated male body in its mouth. It represented herself, the animal power she felt she didn't have but wished she did, and those resembling her abusive ex. She is artistic and thinks in pictures. Seeing her sketchbook was the closest I will likely ever come to knowing and understanding what it is like to think in pictures. I think in words, something she will likely only feel by looking at a written journal. Some sketches were neutral, even boring. Others were full of happiness. The insight into her life felt deep and intimate.

I have no idea if we will ever meet again. I was surprised she offered and allowed me to look through her sketchbook since it was so revealing. She touched my life deeply which is unusual because I feel like most people don't impact my life, rather if anything I touch theirs. The bit she imparted will completely change my view of art forever. It sparked a desire to look through my old journal to see if I or someone else could obtain as deep of an insight into myself as I gained from hers.

A struggle may always be with you, but it doesn't have to define you. Define yourself instead.

Precluded by Malaysia.
Followed by Australia.